] 05 Patterns (Some General Observations)
floorplan Palace of Typographic MasonryPALACE about
Department of Ornament
(You are using a an older browser that can't show CSS Grids, so things might not look as intended.)

The Veranda of Floating Threads

Stemming from the Old French word patron – which refers to something or someone serving as a model – pattern and patterning imply the idea of the copy, repetition, seriality and standardisation. In textile design, besides colour, material and weave type, it is the pattern that defines the fabric. Visual patterns are created through symmetries, the rotation and reflection of motifs (be they figurative or abstract), or by simple repetition. One of the
challenges in pattern design is the “repeat”, the points at which the individual pattern is repeated in the fabric. A “perfect” pattern design is seamless, creating an endless image without gaps or cuts.

Seriality and standardisation are the hallmarks of industrial production; whether high street or high end, the market demands that any next production cycle (every next roll of fabric) looks exactly the same as its original. Variations in colour or in patterning are considered faulty and discardable. Of course, when it comes to handmade crafts, slight variations between different objects are considered a token of its uniqueness, its authenticity.

Patterns bring order to the world, be that in nature, human and animal behaviour, abstract thought or manmade designs. For the 17th and 18th Century Natural Philosophers such as Isaac Newton, G.W. Leibniz and John Locke, the idea that the natural world adheres to a “Divine order” which can be understood by analysing its patterns and mathematical principles, quite literally, became the centre of their universe. Every natural phenomenon could be explained by mathematical laws and principles. Everything should be described and classified according to these laws and principles, eliminating any suggestion of chance or randomness and creating order instead. The paradox however was that in nature these regularities of form, (think of the sixfold symmetry of a snowflake or wind-made ripples in sand dunes), may show minuscule variations in each specimen, marking its uniqueness. In other words, nature does not adhere to a perfect pattern; its beauty and uniqueness lie in variation.

Natural Philosophy laid the foundation for modern science. We still attach more value to objective, measurable, calculable facts and logic explanations, than to intuition, synergy, or imagination. In fact, a large area of our lives is organised through systems based on standards and measurements. Even our mental and emotional health is assessed by comparing one’s individual state of mind with a set of standard behavioural patterns; our intelligence is measured through tests and scores on charts, and our online shopping experience is determined by algorithmic patterns that have already made a pre-selection for us. The problem with standards and patterns in this respect is that it starts to set a norm and subsequently the pattern starts to pattern; the model starts to model. In other words, the model or pattern becomes prescriptive rather than descriptive and any deviation from that norm becomes something negative, something faulty. This is what happened when R.S. Rattray’s index of kente patterns became a standard work, and people started to model their designs on them.

Patterns, or rather our implementation of and faith in patterns, prevent chaos, chance, unpredictability and uncertainty. This is not just a scientific or sociological phenomenon; our brains are wired in such a way that when confronted with a random, erratic or serendipitous visual image it immediately starts to scan for consistencies, similarities and repetitions. In short, the brain searches for patterns. Not being able to grasp a pattern in the blink of an eye, produces a sense of dazzlement. According to different accounts, this effect of visual vertigo created by the complex and intricate patterns of kente cloth, which was only enhanced when the fabric was worn and put in motion by the movement of human body, was what made the cloth exclusive and majestic; its whole allure was to impress and dazzle. 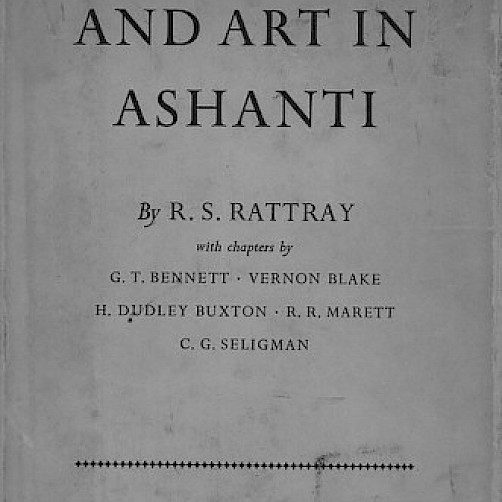 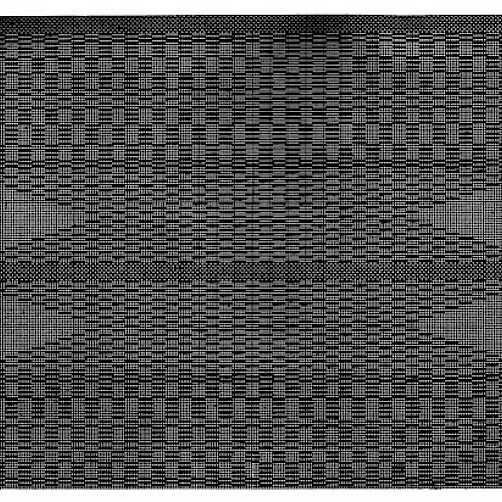 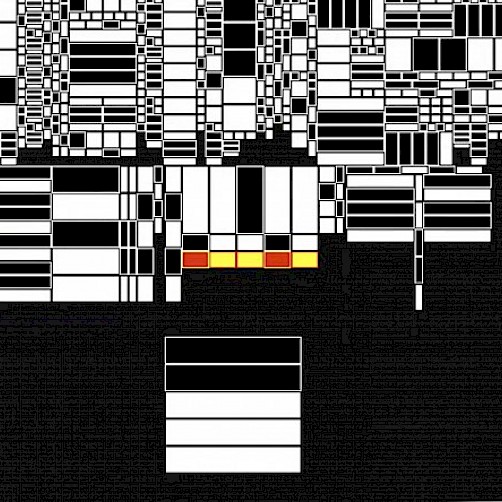